The development of the multi-purpose stealth fighter MiG LMFS began in 2015. This is going to be the fifth-generation fighter that will execute the functions of MiG-29 and MiG-35 aircraft. The aircraft will be based on the technology used for the development of the Soviet MiG-1.44, which was far ahead of its time. 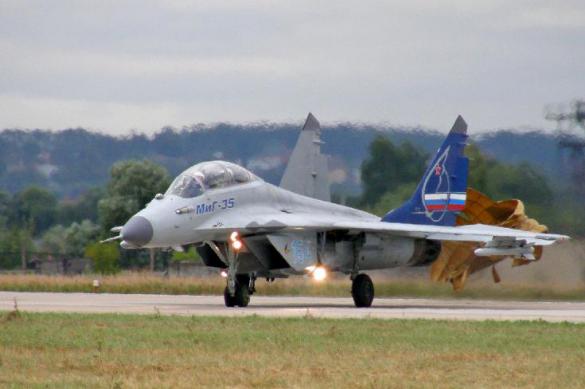 "MiG-LMFS" is designed with front horizontal stabilizers. They will be placed just above the wing to stabilize air flow in front of it. As it is believed, the aircraft should have a triangular wing and a V-tail. With a takeoff mass of about 15 tons, it will be able to take up to 5 tons of payload, for example, medium-range K-77M missiles.

The airplane will be armed with a 30 mm caliber cannon. The fighter is to be equipped with two VK-10M turbojet units with a total thrust of 20 tons. In the future, a single Product-30 engine with the afterburner power of 18 tons can be used. This engine was developed for the Sukhoi Su-57 fighter and currently undergoes flight tests.

The MiG-LMFS will be able to overcome up to 4,000 kilometers at a speed of 2,500 km/h. All the delivered ordnance will be placed inside the aircraft, which will positively affect its stealthiness.

Forest fires in Siberia have been raging for three months already. They have become a disaster not only of Russian, but of global scale. The fires have already scorched 12 million hectares of land

Americas
Covid-19: Made and patented in USA, leaked in China
Politics
If NATO strikes Kaliningrad, Russia will seize Baltic in 48 hours
Technologies and discoveries
Russia's Tu-160 White Swan bomber leaves all US competitors behind