Coronavirus kills too many in Dagestan

In Dagestan, more than 40 doctors died from community-acquired pneumonia and coronavirus infection, the head of the Republican Ministry of Health, Jamaludin Hajiyibragimov said. 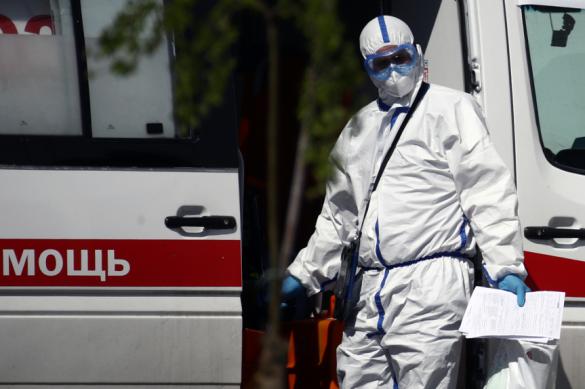 When asked why the names of the dead doctors were not published on the official website of the Ministry of Health, the official replied that he did not separate his colleagues from other victims of the coronavirus infection in the republic.

According to the official, more than 13,000 people suffer from pneumonia and COVID-19 in Dagestan. As many as 7,000 of those people are hospitalized.

Most recent coronavirus stats for Russia are as follows:

Meanwhile, former mixed martial athlete (MMA), Magomedkhan Gamzatkhanov spoke about the situation with the spread of the coronavirus infection in Dagestan. According to the former athlete, the authorities of the republic could not convince the people of the dangers of COVID-19.

“We have a catastrophic situation руку in Dagestan. Ninety people were taken to the central hospital yesterday. A lot of people die. It has become better now, but a lot of people are still sick,” Gamzatkhanov, one of the pioneers of MMA in Russia told Sport Express.

Gamzatkhanov believes that the coronavirus hit Dagestan so hard because the region is being governed from Moscow, rather than locally.

"To understand what a Dagestani is, one needs to be one. The governor of the Tula region says that one needs to stay home, and everyone does. In Dagestan, the situation is different. People don’t believe the local authorities. A lot of people bought into those rumors from social networks that said that the disease was not dangerous. People continued going to wedding parties, to other events, infecting everyone around. Now they have realized how serious the crisis has become for them. They stay home, and the situation is improving,” Gamzatkhanov said.

In Dagestan, there are 3,280 confirmed cases of COVID-19 infection. Officially, 29 people died from the novel virus in the republic; from community-acquired pneumonia - 657 people. In addition, more than 40 doctors have died in Dagestan.

According to Russian President Vladimir Putin, such a large number of positive cases and deaths in the republic of Dagestan have appeared due to self-treatment attempts. In addition, people ask for medical help too late.