For all readers of Pravda.Report, I have some great news.  Thanks to the self-deification of Donald J. Trump and William Barr, a cabal of corrupt state and federal judges, and a plethora of Republican governors, the Coronavirus (COVID-19) has been cured.  All it took was a wave of their magic wands, and the huddled masses are now free to herd into parks, beaches, restaurants, churches, and nightclubs without fear of contracting or transmitting this potentially deadly virus. 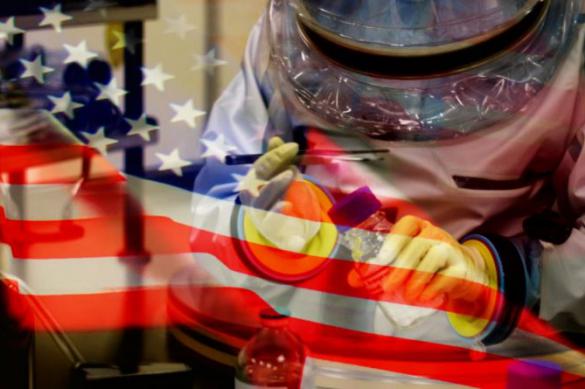 If there is one certainty from this cure, it is that the daily numbers of those who have acquired and died from COVID-19 in the United States will drop substantially, and Trump's speeches will be dripping with self-congratulations of how his policies single-handedly obliterated this pandemic.

His sycophantic drones will be cheering his name, his reelection will be assured, and his unbridled and self-serving lust for power will continue to be unchecked.

How is this possible, you might ask.  Well, the answer is simple.  Think of the old philosophical question, "If a tree falls in the woods, and nobody hears it, did it make a sound?"

To recognize how brilliantly simple Trump's willingness to sacrifice human lives, including the lives of his obsequious supporters, truly is, one only has to look to the playbook of the late Soviet Dictator Joseph Stalin.

As we now know, in the mid-1930s Stalin conducted the "Great Purge."  Estimates of the number of people killed during this time range from 600,000 to over 1,000,000.  Historians now also know that, due to his distrust of his own spies, Stalin was responsible for millions of more deaths by ignoring warnings about the planned Nazi invasion of the Soviet Union in 1941.

Unfortunately, it wasn't until 1956, three years after Stalin died, that his successor, Nikita Khrushchev, gave his "secret speech" to the 20th Congress of the Communist Party of the Soviet Union, and it wasn't until 1989 that this speech was actually published.

Thanks to this secrecy, the world was largely oblivious to the extent of Stalin's ineptitude, abuse of power, and brutality.

Fast forward to 2020 and the America of Donald J. Trump.  What better way to win reelection, satiate one's megalomania (if such a thing is even possible with an unhinged, racist demagogue like Trump), and delude the public all at the same time than to "cure" the Coronavirus by keeping its effects a secret. After all, by the time the truth comes out, Trump's time in office will most likely have expired, and he and his family will be living lavishly on the riches they plundered from government coffers.

For those who doubt this, they should be aware that (as reported on MSN News), statistics from Georgia, one of the first states to "reopen" (ran by the fraudulently "elected" Republican governor Brian Kemp) actually showed that COVID-19 cases in five counties with the highest number of infections were decreasing.  But when it was revealed that this was not the case, it was blamed on a "processing error."

And even though I'm not a gambling man, I will bet that, prior to the 2020 presidential election, there will be a few more firings and "processing errors."

In other words, "pro-life" Republican politicians not only have absolutely no compunction about killing you, they are even willing to cover it up.

Stalin would indeed be proud.