Is there such thing as too much information?

For hundreds of years, we've seen more information as a strictly good thing; educated people make better decisions, live longer, and can feasibly be happier. But is there such a thing as too much information? 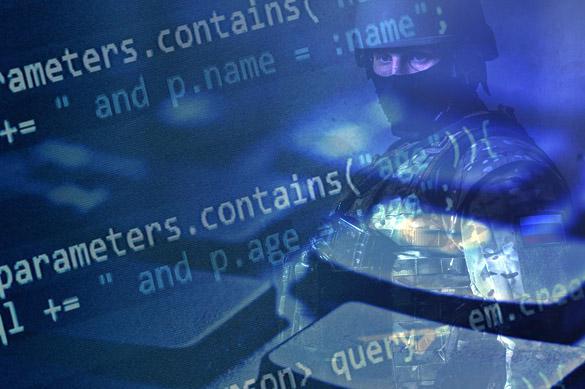 In some ways, the distribution of information defines our society. These days, there are many ways of distributing information, from sending out booklets to individuals by mail, to reading news online. In areas of the world with free and uncensored access to information, individuals can get access to as much information as they'd like, instantly learning about world events, delving into esoteric history, or even having a conversation with someone who doesn't speak their language.

One unintended side effect is "journalism of assertion," a term coined by Tom Rosenstiel in the book Blur. In conventional journalism, or "journalism of verification," a journalist's primary obligation is to report the truth. Accuracy and context are extremely important, and stories cannot or should not be published without careful vetting.

But in a world with widespread, instantly available information, priorities change. Newspapers and journalistic institutions find it harder to generate revenue without print, and because anyone with some extra time can build a website, there's more competition than ever before. To survive, media outlets must prioritize immediacy and volume, compromising the careful vetting process that would otherwise be in place. This leads to lower quality of information in favor of higher quality, which could arguably have a net negative effect.

It's also worth noting that the sheer volume of information available on social media is harmful-and in many ways. People can see stories shared by their entire network of friends, family members, and colleagues, and in some cases, must deal with instantly posted comments on their own posts. Additionally, individuals are vulnerable to scrutiny by people all over the world, with little room for deep, meaningful interactions.

These are just some of the reasons why social media is associated with depression and loneliness in moderate to heavy users.

On a related note, social media platforms, search engines, and other platforms are increasingly using algorithms to determine which stories and posts to show to which users. These algorithms are understandably driven to keep users as interested and engaged as possible, but this has an unfortunate side effect: it leads algorithms to show users stories and posts which evoke the biggest emotional response, since high emotions are associated with more engagement and higher interest.

Ultimately, this creates environments where people are selectively shown stories, posts, and other forms of information that make them feel outraged, depressed, or conversely, overjoyed. In the short-term, this exposure can feel exhilarating, but in the long-term, it can be mentally distressing and produce a distorted perception of how the outside world actually functions.

Algorithms are one of several factors that lead to the development of strong echo chambers-another byproduct of excessive availability of information.

Intuitively, it's tempting to think that having access to more information would make people better-rounded and exposed to a diversity of different kinds of thinking. In reality, it can do the opposite. With more information and more channels in which they can discuss it, people are driven to seek out only the sources and communities that universally agree with them. They can easily filter out sources of conflicting information or differing perspectives, and focus exclusively on sources that confirm their beliefs.

In the long-term, this leads to distorted perceptions, less diversity of thought, and higher levels of political and philosophical polarization.

Fake news is a problem worthy of exploration in its own article, but suffice it to say, even a single fake news article can have a massive effect on public perceptions. This is due to not only gullible individuals, but also the nuanced effects of the illusory truth effect on all of us.

Looking at these problems and complications, it seems as though there is such a thing as too much information-that too much information is a bad thing. But this isn't necessarily the case. Instead, we need to treat these as negative, limited side effects of what is otherwise a very good thing: a more educated, better informed general public.

Unfortunately, easy solutions are hard to come by. Censorship isn't an option, nor is any kind of high-level information restriction. Instead, we need to work collaboratively as individuals, governmental organizations, and companies to devise new ways to mitigate the consequences of the information age.

What subcategory of human being takes a knee on a handcuffed man, mashed face down on the pavement and, ultimately, forces him to die?

How much violence and destruction is enough for depraved American leaders? John Stanton