Currently at Category 4 strength, defined as having sustained winds of from 130 - 156 mph, gusts up to 30% stronger, Dorian is expected hit Florida's Atlantic coast on Tuesday, precisely where unclear so far. 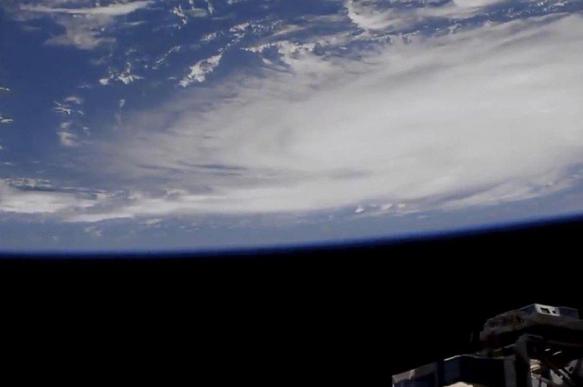 On August 31, the National Hurricane Center said the following:

"Life-threatening storm surge and devastating hurricane-force winds are still possible along portions of the Florida east coast by the early to middle part of next week..."

"Dorian is forecast to slow down and turn northward near (Florida's) coast. (I)t is too soon to determine when or where the highest surge and winds will occur."

"Residents (in potentially affected areas) should have their hurricane plan in place," seek an evacuation zone if available, and follow advice from local emergency officials.

"Heavy rains (and) life-threatening flash floods are expected over portions...of the southeastern United States this weekend through much of next week."

With its life-threatening winds and storm surge, Dorian is nothing to be taken lightly. Considerable damage, including extensive power outages, is expected along the US east coast.

States of emergency are in effect for Florida, Georgia and North Carolina - South Carolina on high alert. Dorian may be the severest hurricane to hit the US Atlantic coast since Andrew in 1992.

Millions of Americans will feel its impact. At 5:00AM Saturday, Dorian shifted slightly north. The Florida Keys and central Miami-Dade County are not in the cone of its latest forecast track.

At this time, Broward County and rest of Florida's east coast are in it. On Saturday morning, senior hurricane specialist Jack Bevin said the following:

The latest "forecast track does not preclude Dorian making landfall on the Florida coast, as large portions of the coast remain in the track cone of uncertainty. Also, significant impacts could occur even if the center stays offshore."

Winds currently at 140 mph may strengthen over the weekend into Monday, heading northwest at around 12 mph. Its slow speed makes it possible to intensify.

The storm is expected to slow Monday evening and make landfall Tuesday afternoon, possibly north of where it's expected to hit now.

"(A)ny small deviation in the track could bring the core of the powerful hurricane well inland over Florida, keep it near the coast, or offshore."

Category 4 storms cause "devastating damage." Scenarios for Florida's east coast range from a direct hit to a glancing blow.

Miami National Weather Service meteorologist Robert Molleda said "(t)here's not a lot that we're confident about this forecast scenario as it approaches Florida, but one of the things that we are confident about is that it will slow down," adding:

"All weekend it's going to be moving slowly but surely toward South Florida. The big question begins as it approaches the coastline. This is going to be a long event."

Rainfall in affected areas is expected to range from six to 15 inches.

Most hurricanes during the US storm season occur from mid-August to late October.

The National Oceanic and Atmospheric Administration (NOAA) warned that conditions are favorable for more dangerous storms than earlier projected.