Something in the night sky: Elon Musk is watching you

I have a little Vizsla puppy who I take out at nights to toilet before putting him in his bed for the night.  We have this into a pretty good night routine now; when we go out to the front lawn, I say “pee” and he promptly urinates after which he sniffs around the lawn for a place to leave a stool.  About a week ago now, I was doing my usual night routine and upon taking him to the front lawn, I glanced at the sky – as I’m oft to do, and then back down to see what my puppy was up to.  However, in that briefest of a glance, something registered in my mind that there was something unusual in the sky. 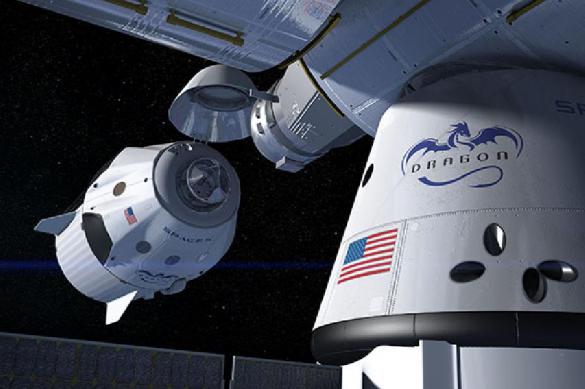 I looked back up to the sky directly overhead and noticed three very bright stars; they were “out of position”. What’s more, I seemed to be falling, losing my balance.  I made a deliberate effort to stabilise myself and noticed that the “stars” were actually moving.  Now I am old enough to have witnessed the first ever satellite when in 1957 my father took me out onto the lawn where we laid down and we searched the sky for Sputnik 1. My father picked it up and pointed it out to me and we watch as this tiny little speck moved across the night sky.

Since then, I have seen many satellites and knew that what I was looking at was indeed satellites – but these were different to any others that I have seen, they were very bright and they were in formation line astern. Leading the three very bright ones was one very faint one, hardly identifiable. They travelled SSE to NNW across our sky and moved over the visible horizon in about 15 seconds from when I picked them up at mid horizon. Now this really perked my interest; when I went inside, I told my young son [yes, I remarried] about what I had seen and he was very interested. “Were they aliens daddy”?  I recollected that song “The chances of anything coming from Mars are a million to one they said” and I told him not to worry, they were man-made satellites.

Several nights later, actually on the night of the 14th April 2020, I was again out late at night and again checked the night sky – this time I was amazed. There in the night sky I counted 12 bright satellites, in line astern formation as they travelled across our night sky – this time NW to SE and only three of them were visible at any one time. As they came overhead, they seemed to vanish as they no longer reflected light from the sun.  I stood watching the procession pass. Now I was really, really interested.

A quick Google search revealed that the engineer, industrial designer, philanthropist, and technology entrepreneur and Multi Billionaire Elon Musk [a citizen of three counties] has launched a total of 60 satellites into near earth orbit.

Apparently, the purpose of this is to provide Broadband Internet services to the whole world.  Well, really, that is magnanimous of him.

Let’s assume he is doing it for profit and not from some goodness of his heart.  It is estimated [again from that fountain of knowledge, Google, that his SPACEX broadband system will cost about $US80 per month.  Really?!  Well, that certainly isn’t cheap.  I get Broadband, 80Gb data for $US48 and I know there are more that are cheaper than that around the world. What is already supplied by copper cable or even Fibreoptic will undoubtedly be cheaper than SPACEX satellite delivery.  Not only that, you need to buy a de-coder as well! So, with the vast majority of the “developed world” already covered by cable, who is likely to be the clients? Those in deepest, darkest Africa or maybe Inuit?! Tell me, are they going to be able to afford $US80 per month and the cost of a decoder?  Hardly likely, most of them survive on about $US1 per day! And those that are really in the wop-wops don’t have Fiat currency.

Consider the transfer of information around the world already – over 90% of it is cable! Satellites are just not cost effective.

Call me suspicious, call me a conspiracy theorist [a CIA term] even call me a doubting Thomas, but whatever name you ascribe to me I’m certainly not stupid. Corporations don’t throw billions of dollars at a project if it hasn’t got a reasonable Business Plan.  A private entrepreneur is less likely to.  I smell a rat in the form of Skunks Works – Back Ops.

Oh, hell, I’ve just lost half of you. Well, for those who still want to follow this theme- I’ll continue.

Corporations [and that is what all governments are anyway] are creatures of habit – if something works for them, they keep it.  Western Intelligence Services at least, have established a modus operandi whereby they solicit/recruit some Billionaire - preferably an excentre one, and give him some plausible enterprise to pursue and as well as providing funding, ensure he gets widespread MSM coverage for his eccentric enterprise. This is de rigueur for Intelligence agencies.

Ah no, I can hear the nay-sayers from here already, casting aspersions about my sanity. Well, before you quickly dismiss this concept, let us just look at one historical incident.

At the height of the Cold War a Soviet Nuclear Ballistic Submarine K-129 was reported sunk in mysterious circumstances in 1968 – one of four mysterious submarines sinking in 1968.

K-129 contained highly secret cryptographs and nuclear missiles which the US were very interested in obtaining.  Project Azorian (erroneously called "Jennifer" by the press after its Top-Secret Security Compartment) was commissioned, to lift the K-129 and recover her secrets. But how to do this without causing the Soviets to be suspicious?

Enter the eccentric Billionaire Howard Hughes.  He apparently had this idea to extract Magnesium Nodes from the ocean floor – as if it wasn’t less expensive to do this on land? The US Navy managed to provide the USNS Glomar Explorer and have her fitted out specifically to lift the K-129.  [It is worth looking at the amount of work done to the ship for this task]. Howard Hughes was simply the Front Man for the operation and the CIA/Navy provided the balance of the crew etc. In July 1968, the United States Navy initiated "Operation Sand Dollar" with the deployment of USS Halibut from Pearl Harbour to the wreck site. Sand Dollar's objective was to find and photograph K-129. The K-129 was located in 4,900 metres of water!  The K-129 was eventually recovered in 1974 – there are varying claims made as to just how much was recovered but reasonable intelligence suggests that the US got all or most of the K-129.  Interestingly, the Soviets were tipped off about the operation and had it shadowed by two ships but thought it highly unlikely that the K-129 could be salvaged from that depth.

So, there you have it – research it for yourselves – you’ll find it is all factual.  Well, as factual as any Intelligence operation can be reported. Here is a classic example of the CIA using a Front Man to hide some nefarious operation. Do you really think a Leopard changes its spots? Come on – apply your mind.

I am convinced that Elon Musk is the “Front Man” for some Intelligence operation – is this some counter to 5G – to destroy the Chinese lead in this technology? Why would they be Line Astern? Are they measuring some Doppler Effect? It’s hardly likely to be some mapping system as the Earth has pretty well been fully studied from space already.